Creating Change with Music: Ben from Echoes Blue talks to us about industry trends and the power of change in music In Part Two in our conversation with Ben Tatlow, music producer and record label owner of Echoes Blue Music, we deep-dived how the industry has adapted over the past year and the emerging trends that are changing how we listen to music.  Ben also shares his mission for supporting rising artists through his record label, and the impact he wants to make through his music and his latest release Godspeed by Dear Gravity.

If you haven’t read part one yet, check it out here:

The importance of collaboration for creation: An interview with Echoes Blue Music (Part One)

Garage Society: What are the most challenging and rewarding parts of what you do?

Ben Tatlow: I work a lot on my own, which is the same for a vast majority of music producers and small business owners. You really need to have that inner drive and ability to persevere, especially when things aren’t falling into place easily.

GS: Have some of your challenges been magnified over the past year with the impact of COVID?

Ben: It impacted the music industry significantly, especially people who were reliant on live music. We’ve been quite fortunate as I feel we’ve been impacted slightly less. However, when you’re forced to be isolated from others, it does impact how refreshed and creative you feel.

On the flip side of that, one of the most rewarding parts, especially as a label owner, is that I’m in a fortunate position to be able to support other artists. I’m able to take artists who are hugely talented but have a small fanbase and grow their audience from a few hundred streams a month to over a hundred thousand. It’s never an overnight journey, but being able to work closely with artists, be part of their journey, and help them achieve that measurable success is super rewarding. 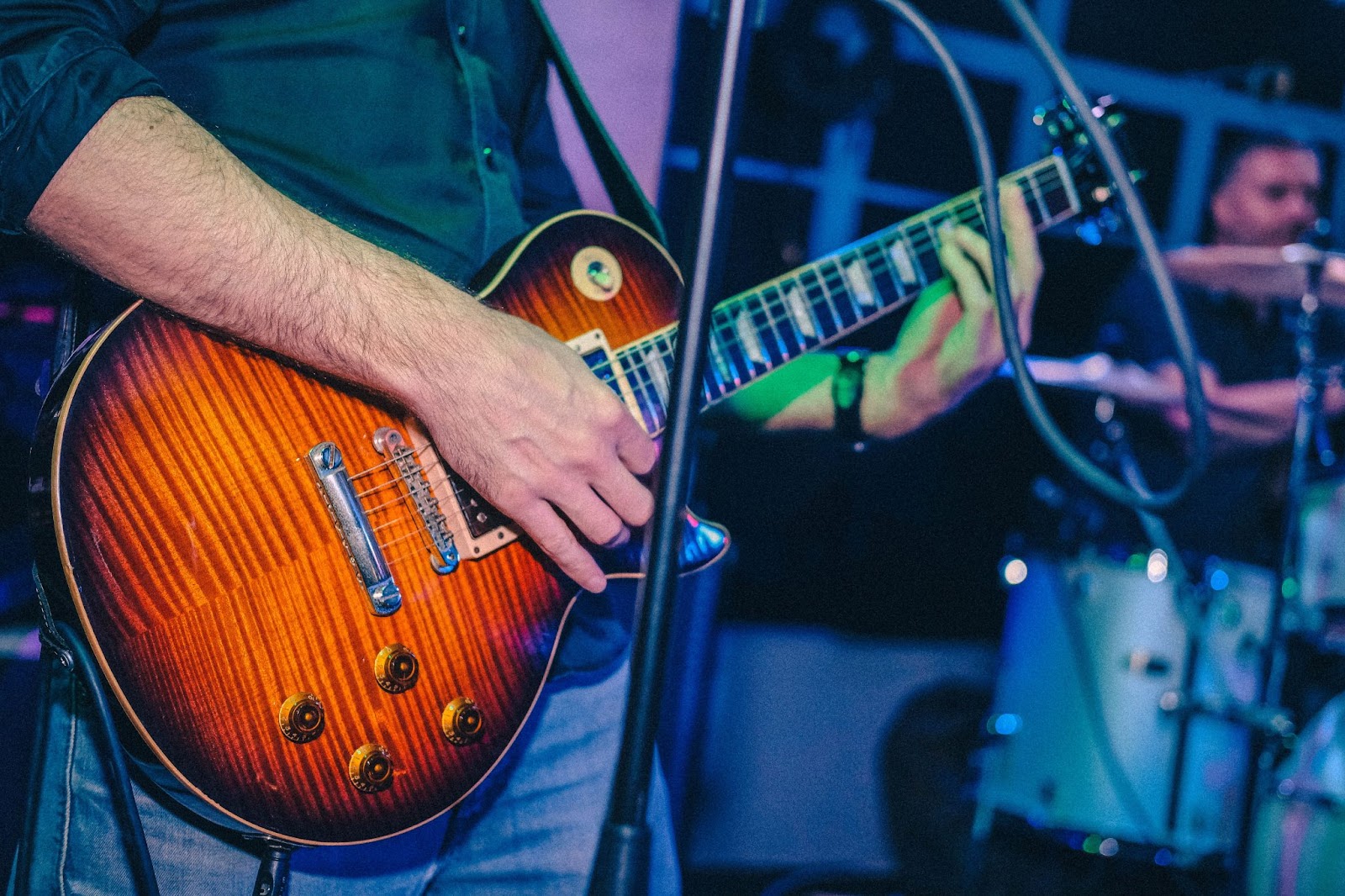 GS: It’s been a difficult year for live music, with streaming services now dominating the landscape. What are your thoughts on that shift? How has it affected you?

Ben: There’s been a marked shift over the last 18 months towards streaming, partly because of the lack of being able to experience live music. I anticipate that it will shift back, perhaps not all the way, but we’re already seeing in the US and UK with live music venues opening up and streaming numbers in some genres starting to dip. I think that’s a good thing because there needs to be a balance between the two in the industry.

Another thing I noticed over the last 18 months is that a lot of artists, who primarily played live, started releasing more music digitally. That created a very crowded, and competitive environment on streaming services, especially when trying to get onto the more popular playlists.

It wasn’t necessarily a healthy environment, because it was so fast-paced and people felt pressure to put out so much music, especially because their livelihoods from live performances had been taken away. In some respects, it also had a negative impact on artists who were already more focused on the online space. Even though our streaming numbers are now a little in decline, I am very grateful that the live scene is coming back and we’re able to exist in a bit more of an equilibrium

GS: How does ambient music translate to a live setting?

Ben: It's not something most ambient artists rely on and it’s only every so often you’ll hear them live. For the bigger artists, they might have a new release and have figured out a way of making their electronic music, all of which sits in a computer, work in a live setting. It’s always interesting to see how creatively these artists have managed to put it together. 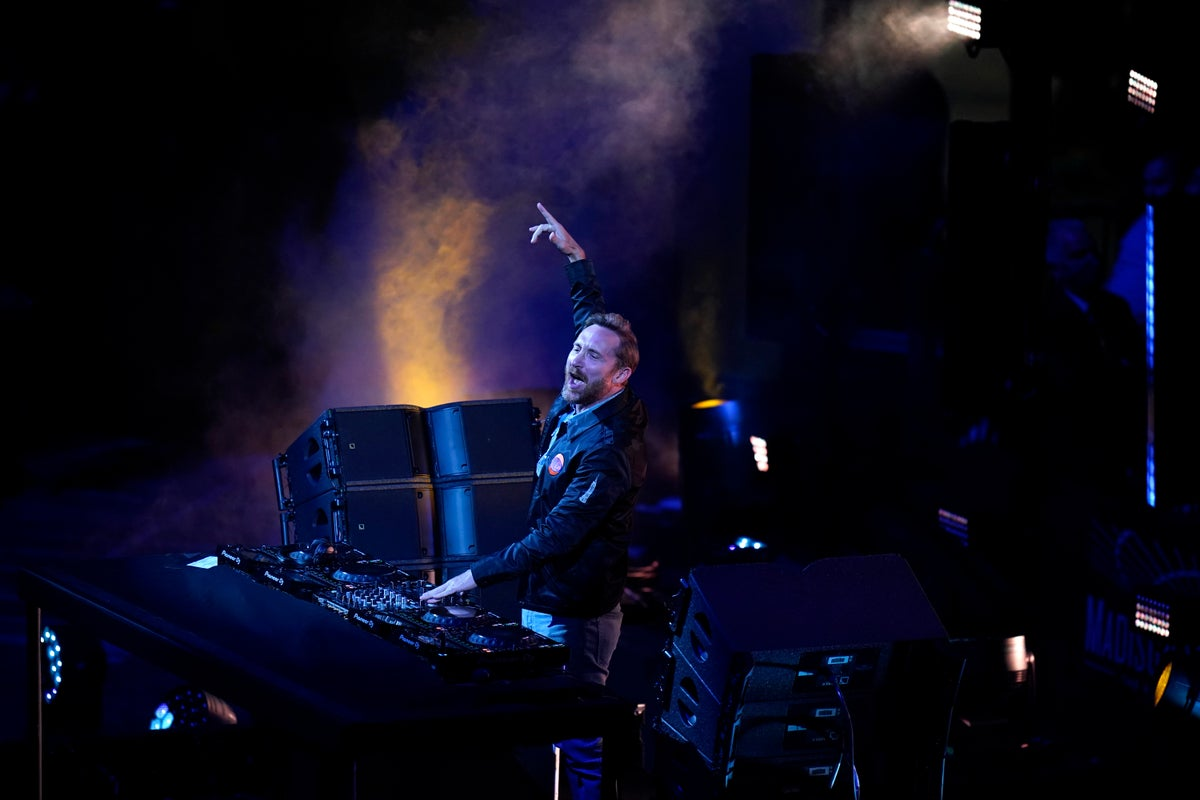 GS: We’re seeing more artists selling their music rights, with David Guetta being the latest artist to cash in on his back catalogue. What are your thoughts on this trend?

Ben: This is a really interesting one. I think one of the reasons why people are doing this is because managing royalties is such a complex process. I’m sure that some artists feel that it’s an opportunity to cash in, financially set themselves up for life, so they don’t need to continuously work to monetize their catalogue.. This can make a lot of sense, especially for the slightly older generation of musicians. They get a huge paycheck, and no longer need to manage royalties, or deal with labels or a management company. It can be a win-win scenario for many of these artists.

GS: Do you think the current climate with dominant streaming services is also driving this trend?

Ben: There’s a lot of uncertainty in terms of what the future of music looks like, especially for artists who started their careers 20-30 years ago. The industry looked so different back then, it was really all about CD sales. In comparison to CD sales or even downloads on iTunes, the amount of money made on Spotify is minuscule. You have to have a huge number of streams to make up the download value of an album. Who’s to say what the industry is going to look like 20 years from now?
If there is a company that sees great value in your back catalogue of work and is happy to purchase the exclusive rights for a good price then this can be a huge win for an artist.

GS: Some older artists are having a resurgence because of streaming, and it’s opened up their music to a new generation of fans.

Ben: Streaming really puts everyone on a level playing field, because anyone can put their music out there. Massive legacy artists can enjoy a resurgence at levels that would be much harder under the old model. New artists, some are literally bedroom producers, can also be up there alongside those legacy artists, essentially distributing their music for free. It brings opportunities to everyone but then there are a lot of people doing it! 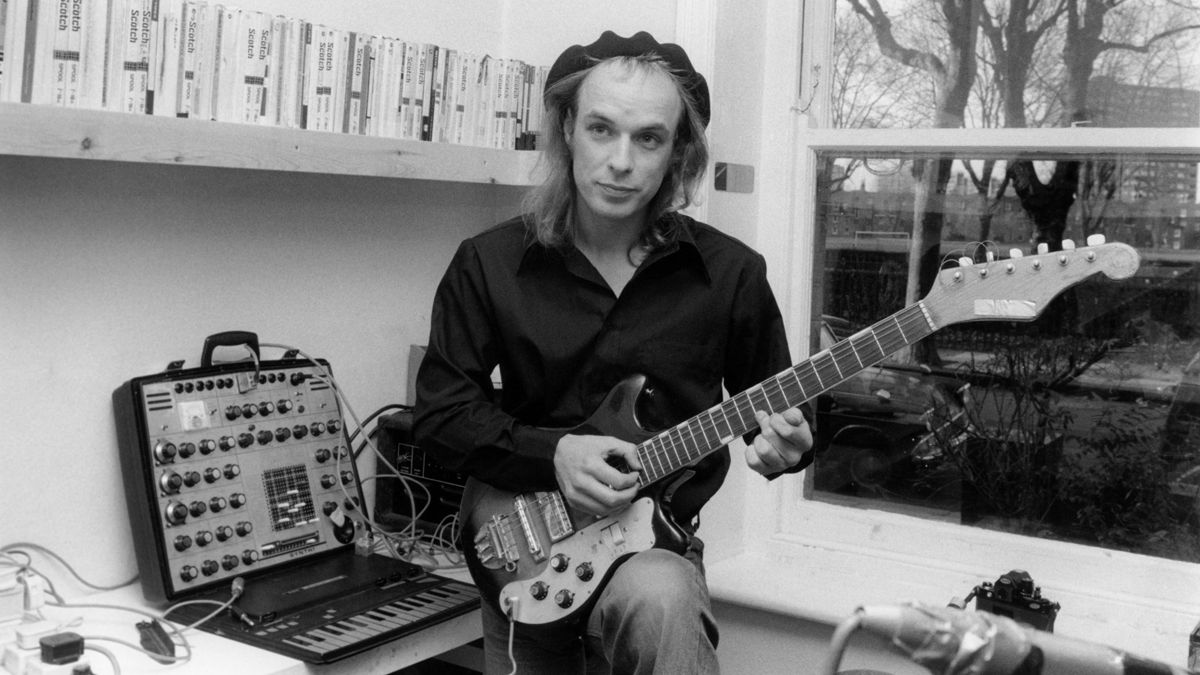 GS: Who are your heroes in life?

Ben: I don’t have any specific people, but there are people within the ambient music genre who I really respect and who I see as pioneers. People like Brian Eno, who pioneered a whole genre of music, and sparked something very beautiful at the intersection of neoclassical and contemporary music. And more recently, Jon Hopkins who’s such a phenomenal producer at the absolute top of his craft.

GS: What do you want people to take away from your music?

Ben: Earlier this year we did a rebranding exercise for the label to help solidify what we’re really about. One of the main anchors for all the music that comes through the label is creating peaceful and inspiring experiences for people. It goes beyond music and a lot of that is enabling experiences in relation to mindfulness, meditation and how we can help people be calm in a world that needs that mental space. From a musical perspective that’s what I want people to leave with: an inspiring and peaceful experience.

From a label perspective, we also want to create a positive change through our work. That means investing in the next generation of artists and creatives, promoting music that raises awareness of climate change and sustainability. We’re not all the way there yet, but we’re working towards it. 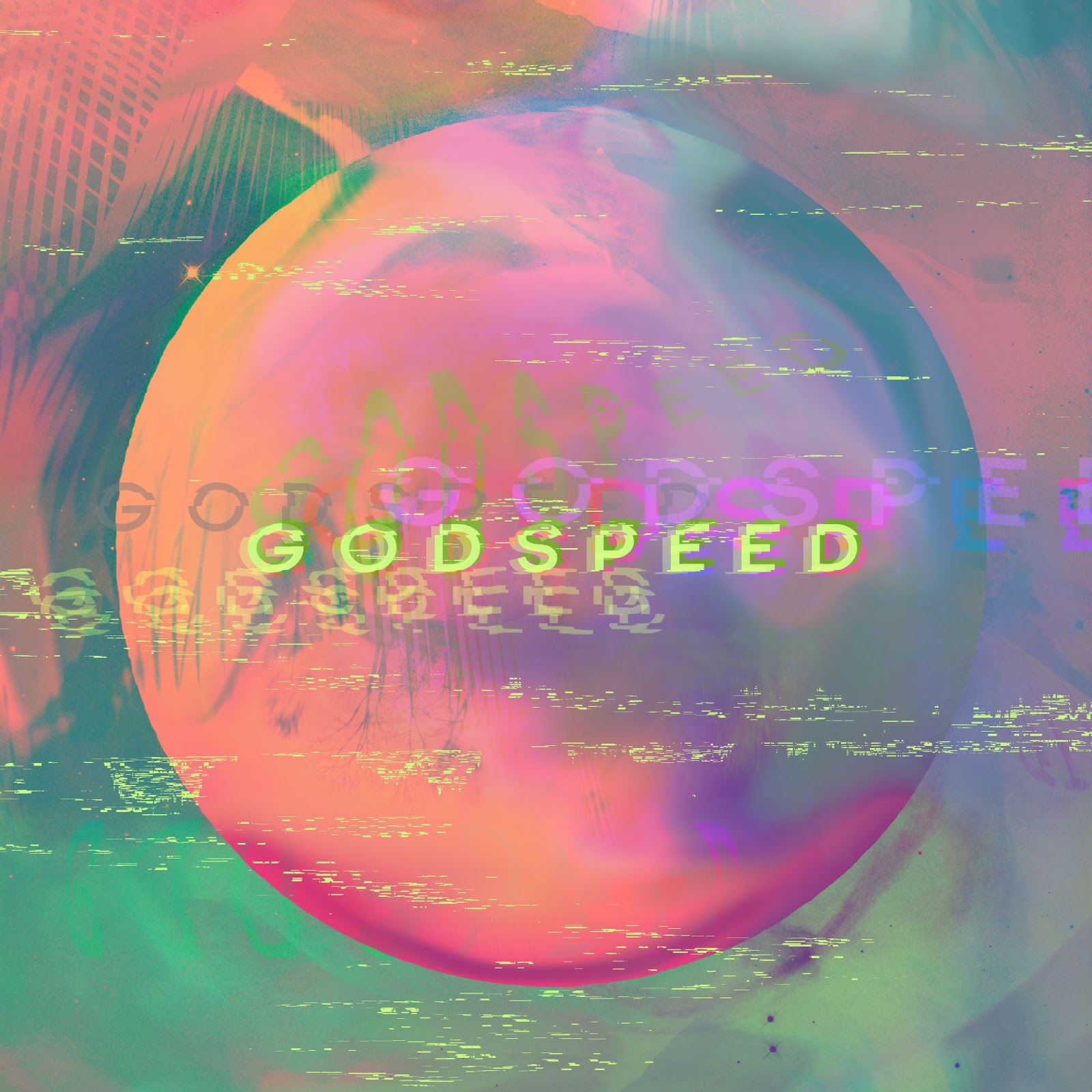 GS: Could you share a few highlights from your work recently? You’ve got a new launch today!

Ben: The launch today is an album called Godspeed by an artist called Dear Gravity. It’s a beautiful release and the inspiration behind it is this word ‘godspeed’. It means both to move very quickly, but also from a religious perspective, it could imply that the pace of God is slow. So you have this juxtaposition between speed and slowness which really work in relation to ideas we’ve just talked about: mindfulness and peaceful experiences. I think Dear Gravity has done a great job with different layers and ambient textures to symbolise that.

Another piece of work I’d like to mention is an Earth Day release we had earlier this year called Earth by Narrow Skies, which is a project by me and my wife. It’s earth-inspired and it was made to raise awareness of climate change. That’s the kind of work we’re trying to do more of, to raise awareness and reflect on where we’re at. Narrow Skies has always been nature-inspired so we’ll probably extend this into a series that’s influenced by environmental themes and see where it takes us. 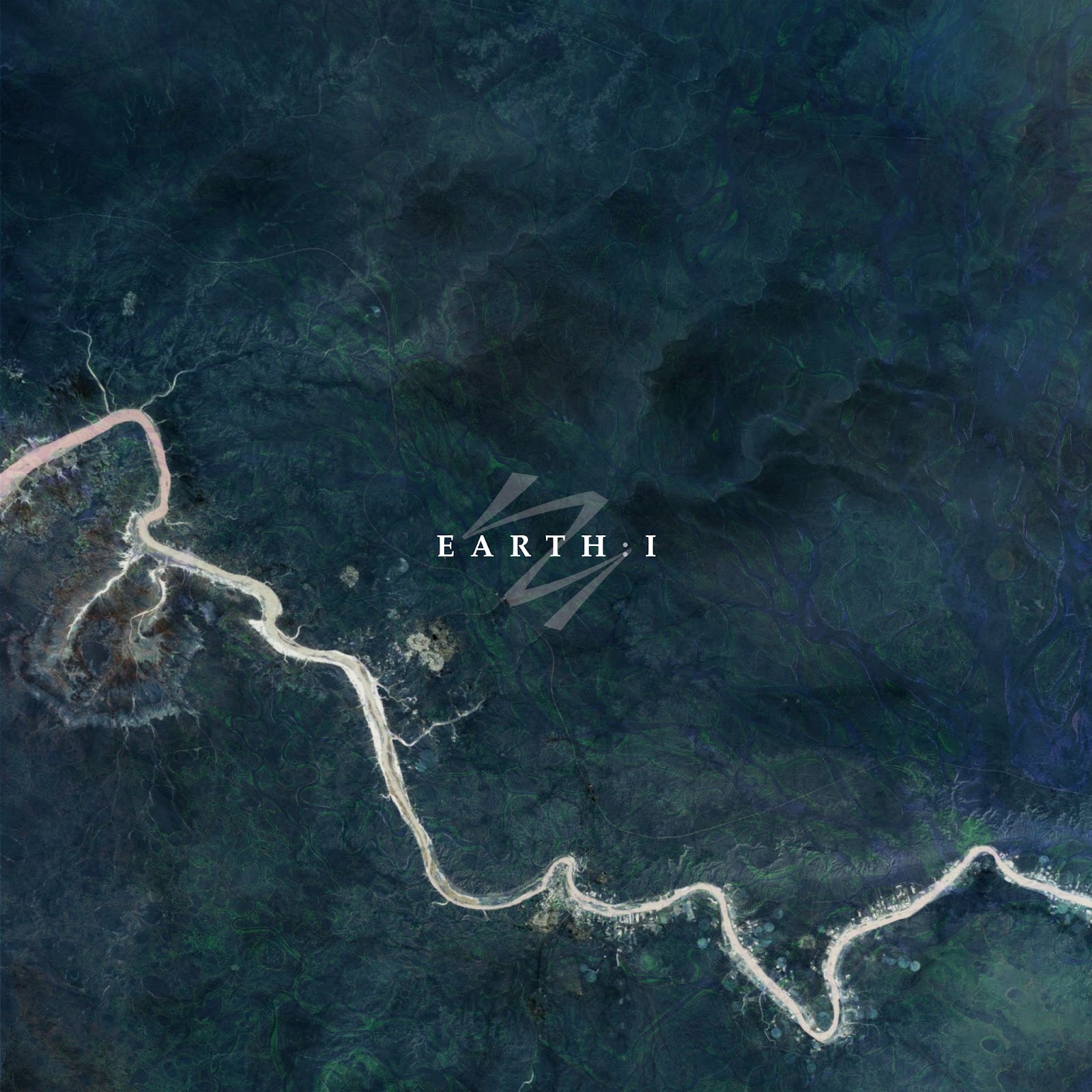 Ben: We’re fortunate in that we work well together, and we have quite complementary skill sets. From a musical perspective, she’s a vocalist and a songwriter. That dovetails quite nicely in terms of my skills as a producer, so we’ve always found quite a natural fit. The negative is that it could become all-consuming. We’ve had to work quite hard to draw the line between work and other aspects of life. It’s very easy to slip into the habit of talking about something you’re very passionate about all the time, but I think it’s important to take at least a day a week away from our musical projects.

GS: Final question - is there a question you wish I asked you? What is the answer?

Ben: The importance of remaining agile in the music industry right now. The business and artists that are succeeding are those who have been able to adapt and be flexible. For us, that means testing new things all the time. For example, licensing music to other small businesses used to be a very small part of our portfolio, but it’s turned into quite a significant chunk of what we do now. That’s been brought on since many more small businesses, even churches, are now live streaming, and they need ambient music for these contexts. So it shows that a business needs to be able to pivot, take on new opportunities, and drop things that aren’t working.

To learn more about Ben and his projects visit the Echoes Blue website. For those who looking for evocative ambient tracks for mindfulness and concentration check out Echoes Blue Music on Spotify.

Be sure to check out part one of our interview if you haven’t already read that yet!